LET YOUR CHILD LEARN A SPORT

STICK CLOSE TO YOUR AMBITIONS

Besides improving one’s strength, endurance, positional sense, balance and coordination, hockey will instil the values of teamwork and gets your child acquainted with strategic play.

*Only applicable to 50 children per location

MILO® Champions Clinic will be POSTPONED until further notice.

Follow milo_malaysia on social media to get the latest updates. 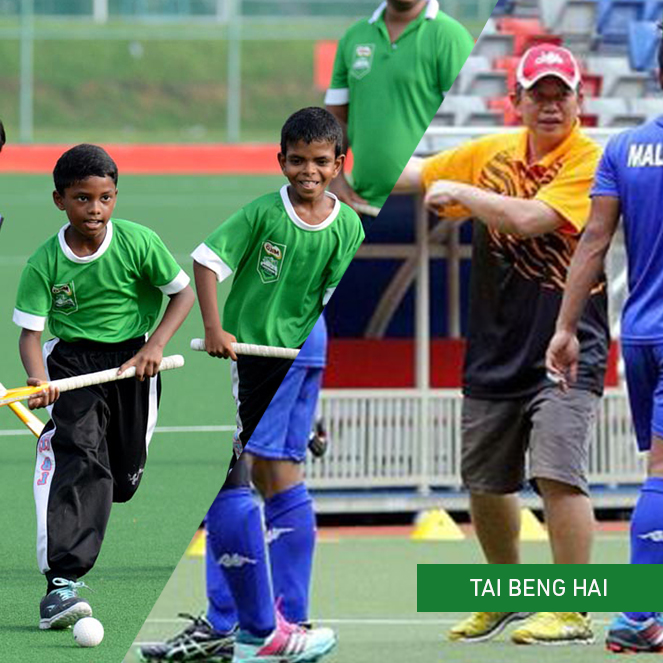 THIS MODULE IS DEVELOPED BY TAI BENG HAI

A former international hockey player himself, Tai Beng Hai now has a career spanning 2 decades as a coach.

He was the coach for the men’s junior development program (2004 – 2006), then senior women’s assistant coach (2007 – 2008), before becoming the national men team head coach (2009 – 2012; 2014) and coaching director (2013). When he was the national team assistant coach in the 2010 Asian Games, the team bagged a silver medal. He extended his service in Vietnam to coach senior hockey players, becoming a coach with the High-Performance Coaching Project (2016). He is currently the director for the Malaysian Hockey Confederation Development Programme.

His involvement in MILO® Champions Clinic is to help materialise MILO®’s ambition of making 5 million Malaysians active, while instilling the passion for the sport and encouraging your children to go further in hockey.

WHAT THEY WILL LEARN

The sport has high-intensity levels and will boost aerobic capacity, energy levels, and metabolism that leads to higher endurance.

Gain cardiovascular and muscle strength through drills and practices.

Increase brain performance from making decisions and strategising throughout the game.